Here's the video of my updated review for the Sensationail Deluxe Gel Nail Kit.

I thought it would be nice to also share the removal process.

I popped into Tk Maxx to pick up some bits for my Beauty Kit as I had a pamper session coming up and wanted to get some bits for facials.

I also picked up a feww other bits.

I tried out the Sensationail Deluxe Gel Nail Kit.

I've had it for years  - I purchased it as a "star buy" - and only just got round to using it.

I have been trying to do things that I used to enjoy and my nails was something I haven't done for a few years.

No more waiting till Monday. 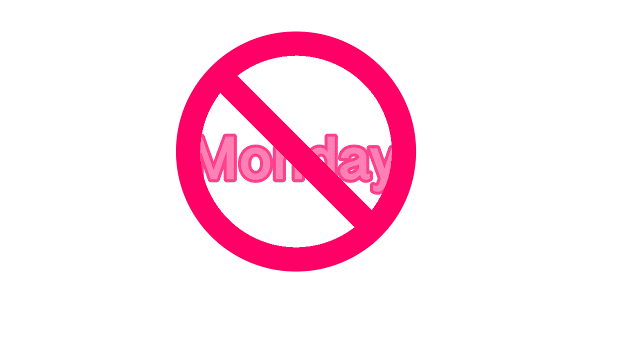 Hiya!! I have had a slight issue with plans and making changes.

When I initiate a change, I like to start at the beginning of the week. So every time I have an idea  to start something, and it's in the middle of the week, I make a plan to wait till the next week and start then.
Sounds good so far right? Well the issue is, when Monday comes, I'm often quite tired from the weekend or I have bits and pieces I need to do that causes me to put off my new changes/ improvements.
Sometimes I don't get a chance to visit my new idea until the middle of the week, but as I mentioned, I like to start with a fresh week....... so I get caught up in a cycle that has me waiting for Monday to start, not being able to start then, waiting for the next Monday and so on and so forth.

Last week Thursday I had an idea of a change I want to start and I told myself I'll start it on Monday (today) but as soon as I had that thought, another thought came to me and said - don't wait for a fresh week, start it now.... so I did!!!

Well I know it's probably such a small thing to some, or an obvious one but for me it was actually life changing!! Yes as dramatic as that sounds it changed my life as I was able to start initiating well needed change and I had such a feeling of achievement, it helped with my often low self feeling of failure.

So.... I'm no longer waiting till Monday, if I want to implement a change I'm going to start right there and then and if I needs be, I will start the following day.

I felt so much better just by making this small change, I am determined to get my life on track. It's been a hard few weeks but I am trying not to allow my low moods/ depression to dictate my life.